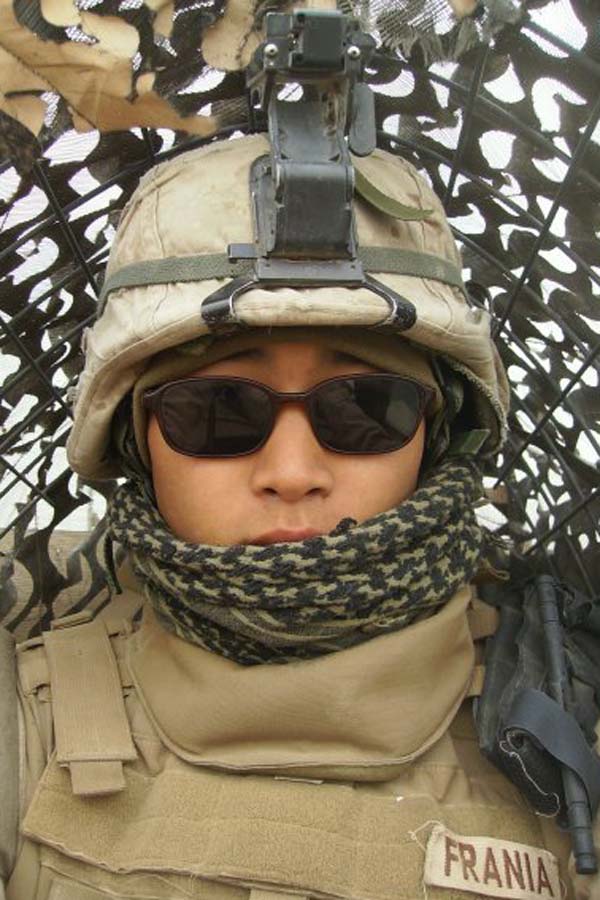 Daily my thoughts turn to my son, Andrew, who’s serving in Iraq. He joined as a Marine reservist the summer after his first year in college. Little did we know that just a couple of years later he’d be sent to Iraq to use all that training he received from the military. I am thankful for his desire to serve his country and I am also thankful that God has been working on him. He’s in a barren, broken down village where all there is to do is patrol, watch for dissidents and play movies on his 15″ laptop. His latest quest for entertainment took him and his fellow Marines out to the countryside to throw rocks at cows. He’s definitely going to hear God speak to his heart if He hasn’t already. There’s lots of down time and little entertainment – so there’s little to distract him from the quiet voice of his God. I am hoping that his quest for manhood turns into a quest to know God better. In doing so, he’ll end up with both. My prayers often fly up to my God requesting safety for my son. I am proud of him and his desire to serve our God by serving his country. Though I miss him and am concerned for his safety, I am glad he is turning out to be the man I had anticipated so many years ago. When I first saw the picture of a little orphan boy from Korea, little did I know that he would turn out to be one of America’s honored men. God is good.