In Educating Our Children, Links, Musings, My Kids, recommendations

Over the years I’ve asked many people not to swear – co-workers, family, friends, and even strangers. It’s not a matter of judging others. It’s all about what is appropriate. I’ve taught my kids to use proper speech, both that pleases God and allows them to be received properly by others whether it be in a home, social or work setting. I’ve explained why it displeases God to utter expletives, how it offends others and even told them it hurts their mother’s heart to hear such things. I’ve explained that people will think less of them, be offended or even exclude them from being hired because of offensive language, whether it be in person or on a social networking site. None of it seems to matter – it appears we have an epidemic of swearing. To tell you the truth, I just don’t get it. Swearing has been such a taboo to me that I’d never consider allowing it to enter my vocabulary. It’s so offensive, yet it seems this doesn’t matter any more.

I guess when it comes to young people trying to assert their independence or prove their autonomy or even maturity to the world, they unwisely choose profanity to try to make their point. When asked to not swear, they say, “I’m my own person,” “That’s how I am and I don’t care what anyone thinks,” or, “It’s my life and I can live it any way I choose.” Well, in a spiritual sense, no, we don’t have the right to live how ever we want, we were bought with a  price if we belong to Christ. It is our responsibility to represent Christ and glorify Him with our speech. But let’s put that aside for a moment and look at it in a purely secular view.

I did a search on “swearing” and found a few secular sites that deal with swearing and why it’s detrimental to the individual as well as society in general. Below I’ve posted thoughts from  a site on the Internet called “Cuss Control” about swearing and how it affects a person and those around them. I found it interesting and very much like the things I’ve told my kids over the years. I found a really good article on an Internet site that is solely for men and it supported the list below as well. Basically that article said it’s not cool or mature, let alone attractive to swear. I’d give you the address of the site, but it had links that I’d just prefer not to pass along, if you know what I mean. 🙂

Please don’t swear. It’s offensive and hurts society in general. Common courtesy should rule. I’ve been assaulted so much lately with profanity that I’ve had to limit my news feed on my Facebook. This ought not so to be. It especially brings me great sorrow when it’s my own children – they certainly know better. They say the more you love someone, the easier and more you can be hurt by that person. I personally know this to be true. I long for the day that they desire to please the One who gave them a life worth living. But, I digress…

Christian Liberty – Permission to be Free

“I am a Christian, I am dying today.”

Join Talk to Me! 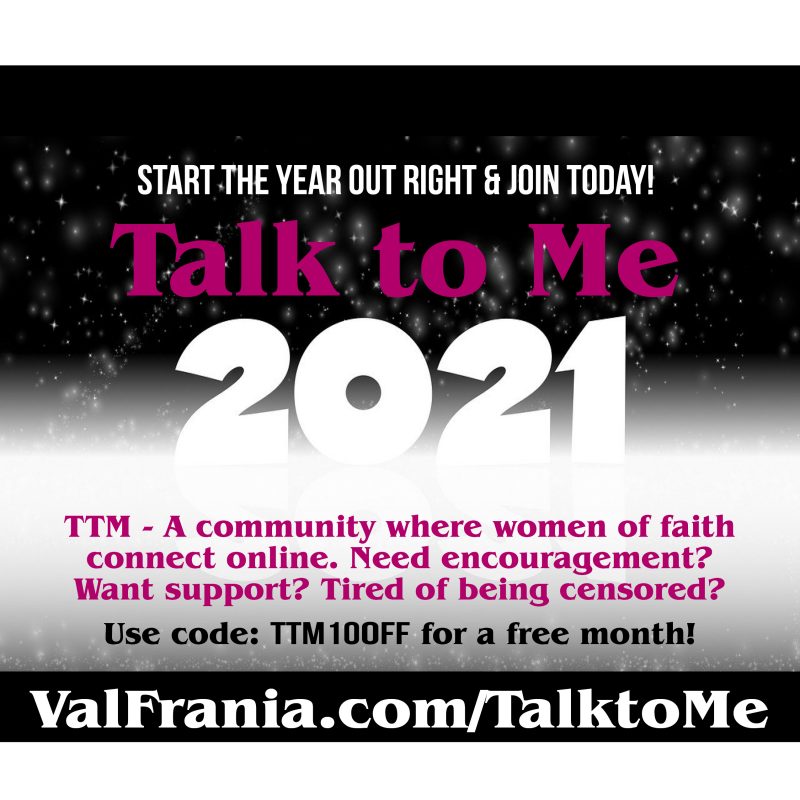