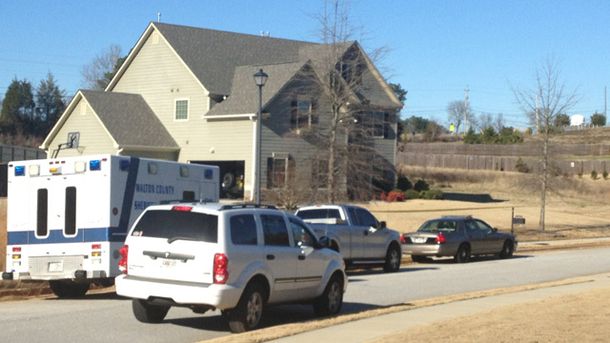 A woman hiding in her attic with children shot an intruder multiple times before fleeing to safety Friday.

The incident happened at a home on Henderson Ridge Lane in Loganville around 1 p.m. The woman was working in an upstairs office when she spotted a strange man outside a window, according to Walton County Sheriff Joe Chapman. He said she took her 9-year-old twins to a crawlspace before the man broke in using a crowbar.

But the man eventually found the family.

“The perpetrator opens that door. Of course, at that time he’s staring at her, her two children and a .38 revolver,” Chapman told Channel 2’s Kerry Kavanaugh.

The woman then shot him five times, but he survived, Chapman said. He said the woman ran out of bullets but threatened to shoot the intruder if he moved. To read the rest of the story, click here.

Things Not to Say to Your Wife