Devin and Scott have been married a little over a year now. They live in Indiana in a cute little apartment close to where Scott works. Scott just got a new job where he’s been working for ABC and NBC at Indiana’s News Center (21 Alive) as a video editor for the past year. Our family recently went to his job site where we were given the 25 cent tour. It was very interesting! He has just received a promotion as head of the Web Production Department. The job entails on-air reporting and online management. On the side he will continue to do some video editing for the evening anchors. 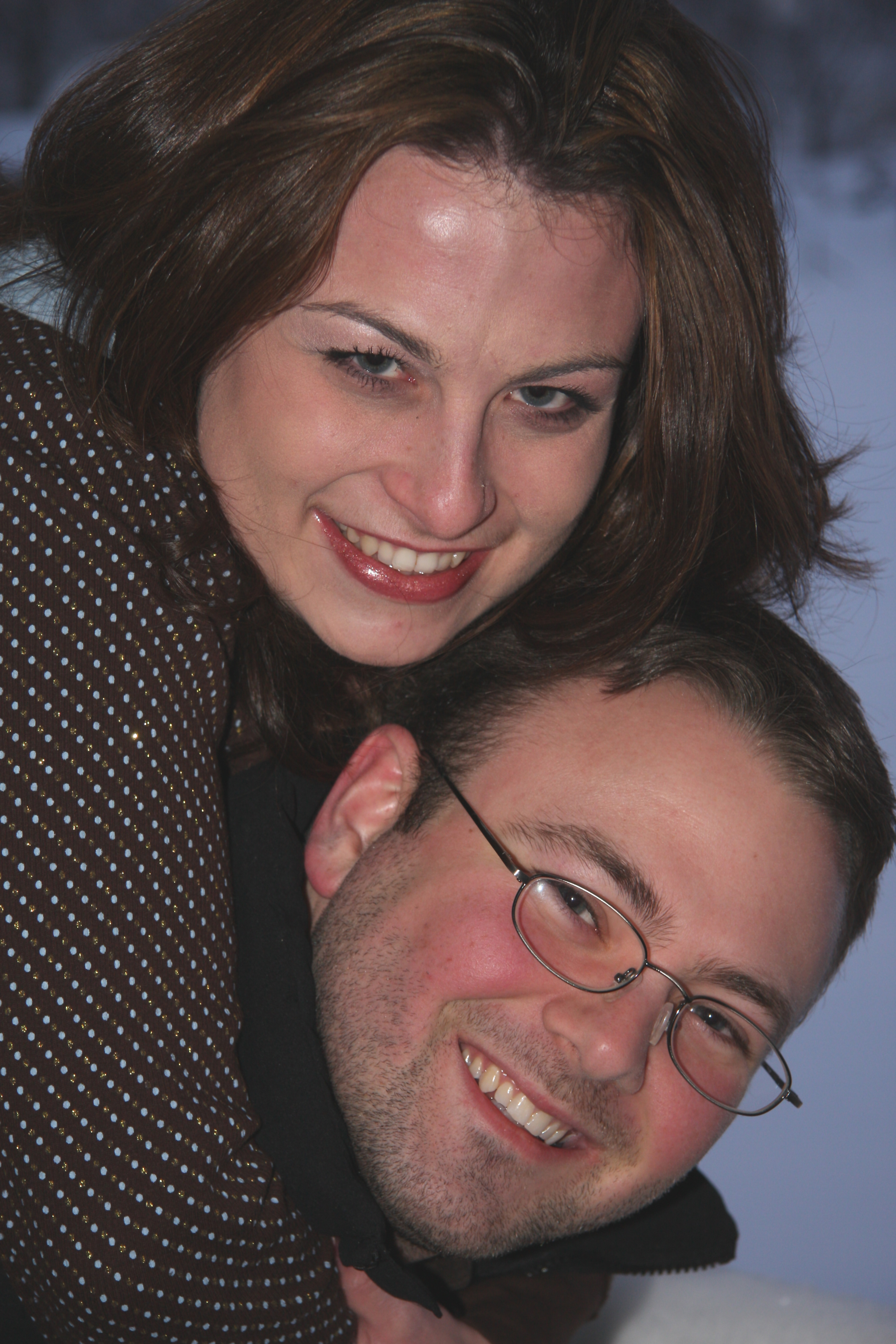 Jillian and I enjoy talking with Scott about the things he works with since we both are dabling in visual communications ourselves. It’s not unusual for us to be shooting the breeze over one of the Adobe programs that has us stumped. He earned his bachelor’s degree in Fine Arts a little over a year ago with an emphasis on Computer Art and Design. He’s our resident expert! Last time Devin and Scott came up to visit they brought their Wii. While Devin and her dad were playing Cow Racing, Scott and I were chatting about our mutual interest – which is anything to do with computers. With a little coaxing, we even had Grandma playing the Wii! Devin had made me a terrific birthday lunch and brought accessories for Jillian’s senior banquet. April and Adam and the boys came over and we had a very nice cookout that evening.

It is such a small world. Who’d ever imagine we’d have a son-in-law that has a degree in the area that Jillian and I are so interested in. Devin and I were laughing about how much Scott is like Dad. It really is true about daughters finding someone to marry that are like their fathers. She is fortunate!

It’s All About Perspective – Lincoln & Isaac