For many years Irena Sendler – white-haired, gentle and courageous – was living a modest existence in her Warsaw apartment. This unsung heroine passed away on Monday May 12th, 2008.

Her achievement went largely unnoticed for many years. Then the story was uncovered by four young students at Uniontown High School, in Kansas, who were the winners of the 2000 Kansas state National History Day competition by writing a play Life in a Jar about the heroic actions of Irena Sendler. The girls – Elizabeth Cambers, Megan Stewart, Sabrina Coons and Janice Underwood – have since gained international recognition, along with their teacher, Norman Conard. The presentation, seen in many venues in the United States and popularized by National Public Radio, C-SPAN and CBS, has brought Irena Sendlers story to a wider public. The students continue their prize-winning dramatic presentation Life in a Jar. 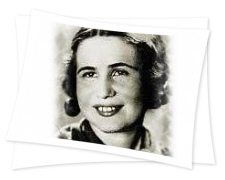 Irena Sendler was born in 1910 in Otwock, a town some 15 miles southeast of Warsaw. She was greatly influenced by her father who was one of the first Polish Socialists. As a doctor his patients were mostly poor Jews. In 1939, Germany invaded Poland, and the brutality of the Nazis accelerated with murder, violence and terror. At the time, Irena was a Senior Administrator in the Warsaw Social Welfare Department, which operated the canteens in every district of the city. Previously, the canteens provided meals, financial aid, and other services for orphans, the elderly, the poor and the destitute. Now, through Irena, the canteens also provided clothing, medicine and money for the Jews. They were registered under fictitious Christian names, and to prevent inspections, the Jewish families were reported as being afflicted with such highly infectious diseases as typhus and tuberculosis.Irena Sendler was so appalled by the conditions that she joined Zegota, the Council for Aid to Jews, organized by the Polish underground resistance movement, as one of its first recruits and directed the efforts to rescue Jewish children.

But in 1942, the Nazis herded hundreds of thousands of Jews into a 16-block area that came to be known as the Warsaw Ghetto. The Ghetto was sealed and the Jewish families ended up behind its walls, only to await certain death.

To be able to enter the Ghetto legally, Irena managed to be issued a pass from Warsaws Epidemic Control Department and she visited the Ghetto daily, reestablished contacts and brought food, medicines and clothing. But 5,000 people were dying a month from starvation and disease in the Ghetto, and she decided to help the Jewish children to get out. For Irena Sendler, a young mother herself, persuading parents to part with their children was in itself a horrendous task. Finding families willing to shelter the children, and thereby willing to risk their life if the Nazis ever found out, was also not easy.With their help, she issued hundreds of false documents with forged signatures. Irena Sendler successfully smuggled almost 2,500 Jewish children to safety and gave them temporary new identities.The children were given false identities and placed in homes, orphanages and convents. Irena Sendler carefully noted, in coded form, the childrens original names and their new identities. She kept the only record of their true identities in jars buried beneath an apple tree in a neighbor’s back yard, across the street from German barracks, hoping she could someday dig up the jars, locate the children and inform them of their past.

Irena Sendler, who wore a star armband as a sign of her solidarity to Jews, began smuggling children out in an ambulance. She recruited at least one person from each of the ten centers of the Social Welfare Department.

Some children were taken out in gunnysacks or body bags. Some were buried inside loads of goods. A mechanic took a baby out in his toolbox. Some kids were carried out in potato sacks, others were placed in coffins, some entered a church in the Ghetto which had two entrances. One entrance opened into the Ghetto, the other opened into the Aryan side of Warsaw. They entered the church as Jews and exited as Christians. “`Can you guarantee they will live?'” Irena later recalled the distraught parents asking. But she could only guarantee they would die if they stayed. “In my dreams,” she said, “I still hear the cries when they left their parents.”

Irena Sendler accomplished her incredible deeds with the active assistance of the church. “I sent most of the children to religious establishments,” she recalled. “I knew I could count on the Sisters.” Irena also had a remarkable record of cooperation when placing the youngsters: “No one ever refused to take a child from me,” she said.

But the Nazis became aware of Irena’s activities, and on October 20, 1943 she was arrested, imprisoned and tortured by the Gestapo, who broke her feet and legs. She ended up in the Pawiak Prison, but no one could break her spirit. Though she was the only one who knew the names and addresses of the families sheltering the Jewish children, she withstood the torture, that crippled her for life, refusing to betray either her associates or any of the Jewish children in hiding. Sentenced to death, Irena was saved at the last minute when Zegota members bribed one of the Gestapo agents to halt the execution. She escaped from prison but for the rest of the war she was pursued by the Nazis.The children had known her only by her code name Jolanta. But years later, after she was honored for her wartime work, her picture appeared in a newspaper. “A man, a painter, telephoned me,” said Sendler, “`I remember your face,’ he said. `It was you who took me out of the ghetto.’ I had many calls like that!”

After the war she dug up the jars and used the notes to track down the 2,500 children she placed with adoptive families and to reunite them with relatives scattered across Europe. But most lost their families during the Holocaust in Nazi death camps. 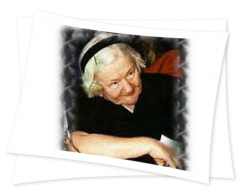 Irena Sendler did not think of herself as a hero. She claimed no credit for her actions. “I could have done more,” she said. “This regret will follow me to my death.” She has been honored by international Jewish organizations – in 1965 she accorded the title of Righteous Among the Nations by the Yad Vashem organization in Jerusalem and in 1991 she was made an honorary citizen of Israel. Irena Sendler was awarded Poland’s highest distinction, the Order of White Eagle, in Warsaw Monday Nov. 10, 2003, and she was announced as the 2003 winner of the Jan Karski award for Valor and Courage. She has officially been designated a national hero in Poland and schools are named in her honor. Annual Irena Sendler days are celebrated throughout Europe and the United States.

In 2007, she was nominated to receive the Nobel Peace Prize. At a special session in Poland’s upper house of Parliament, President Lech Kaczynski announced the unanimous resolution to honor Irena Sendler for rescuing “the most defenseless victims of the Nazi ideology: the Jewish children.” He referred to her as a “great heroine who can be justly named for the Nobel Peace Prize. She deserves great respect from our whole nation.”

To read more go to: http://www.auschwitz.dk/sendler.htm

In 2007, Irena was up for the Nobel Peace Prize … she was not selected. However, Al Gore won, for a slide show on Global Warming and recently Barack Obama won for a speech on peace. What has this world come to?

The end of any nation…